Tuesday night saw the BAD Gamers play the D&D 5e campaign, the rather impressive looking boardgame Heroes of Land, Air and Sea and a first stab at the Mansions of Madness adventure, Escape from Innsmouth

Set in the remote coastal town, the adventure saw the three investigators having to survive the night while trying to find a way to escape from the interbred minions of the Marsh family and its Deep One confederates.

This involved looking for clues, avoiding a rioting mob, and fighting a range of fish men like baddies.

Sadly, the investigation was called at 10.30pm, with probably another 30 minutes to play. But at that point things weren’t going so well with two of the three temporarily insane, two mobs rampaging around the street, and an axe wielding maniac chasing down the team.

A little clunky at times, and with the noise in the room not always conducive to a nerve wracking experience, the game was still good fun and IS very much a Call of Cthulhu adventure in a box

Next week sees games of Napoleonic Sharp Practice, Vietnam Force on Force, and a range of Boardgames 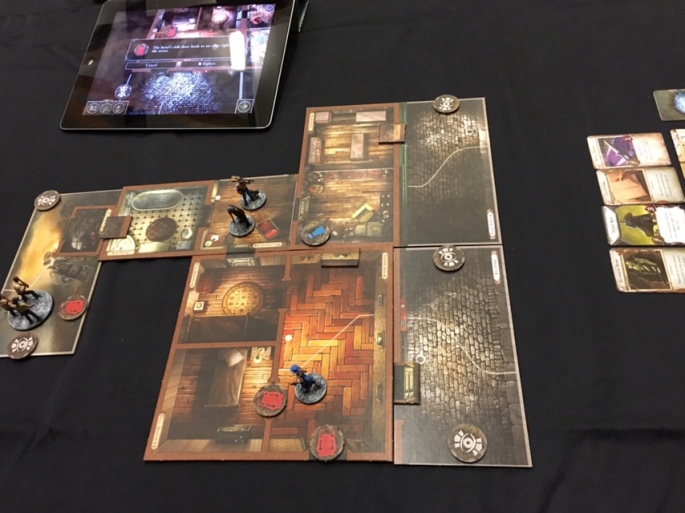